The Self-Unseeing (by Thomas Hardy)

Here is the ancient floor,

Footworn and hollowed and thin,

Here was the former door

Where the dead feet walked in.

She sat here in her chair,

Smiling into the fire,

He who played stood there,

Bowing it higher and higher.

Childlike, I danced in a dream;

Everything glowed with a gleam;

Yet we were looking away!

At some point in life, I expect most people will wonder what life’s all about, what it means, what’s the point? For philosophers, answering these questions can be life’s pursuit. For others, these questions may only become significant at certain points in life, such as with the death of a loved one.

I have just returned from a 4-day course with Iain McGilchrist, author of the ‘Master and his Emissary – the Divided Brain and the Making of the Western World’. For reasons which I will explain later in this post, I was keen to hear Iain’s thoughts about life, death and dying. So, at the very start of the first day, when he read Hardy’s poem, ‘The Self-Unseeing’, and said that Hardy was unique and had he not existed there would be a Hardy-shaped hole in the Universe, I knew it had been worth battling the snow and dreadful motorway conditions in the worst freeze that the UK has had for years, to get there.

In a recent discussion that Iain had with Jordan Peterson, Peterson said that death is a friend of life (in Iain’s words, a friend of being) and a necessary stage in life.

We all know we are dying from the moment we are born and of course many cells in our body die and are replaced during life, so a different Jenny Mackness stands before you today than did yesterday, last week or a few years ago.

But Iain McGilchrist’s view is that life is literally on its way out in relation to the way in which we live our lives and behave as social animals in today’s society. Birth, sex, the body and death are all suffering. There is a declining birth rate and sex is also on the decline. For example, 20-40% of young men express no interest in having a sexual partner. Sex has been objectified through the internet and robbed of its power through explicitness. There has been a death of ‘flirting’ and hysteria about ‘touching’ to the extent that teachers are afraid to touch the children they teach and nurses are similarly cautious about touching patients. There has also been some research to show a declining mother-infant relationship. (Schore, A.N. 1994)

Likewise death is no longer talked about. In Victorian times, death was talked about, but sex was not. Now it is the other way round. Doctors used to be present at death, as depicted in this painting. 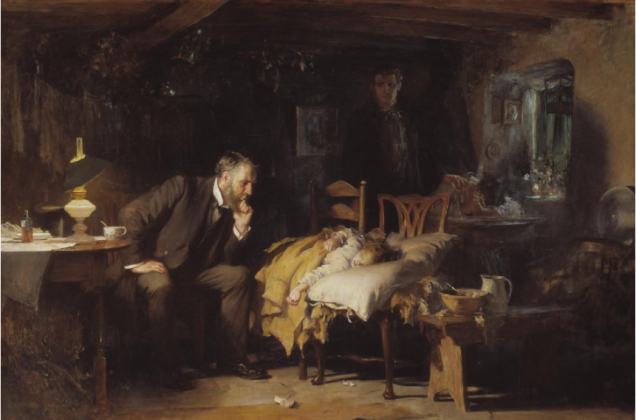 Now death is often surrounded by machines. Unlike elephants and other animals who know how to mourn death (https://news.nationalgeographic.com/2016/08/elephants-mourning-video-animal-grief/), Iain McGilchrist believes that we no longer honour the reality of coming face-to-face with death, as we did in the past. Elephants seem to know and understand the reality of death.

The reason I was interested in this, is that my mother died just over a month ago. I have attended this Field & Field course twice before (each time writing up and sharing my notes), but this time I went with the specific purpose of creating a space in my life, to come to terms with the confusion I have felt about my mother’s death.

Although my mother required 24-hour care at the time of her death, she was not surrounded by machines and we were able to ensure that her wish to die at home in her own bed was respected and realised. Neither did she die alone, but was surrounded by those who understood that ‘death is a friend of life’. 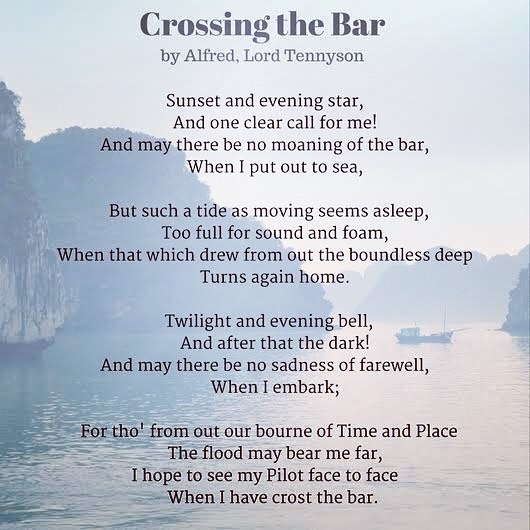 … and a friend of mine, sent me this beautiful music by Brahms, which we played at her service.

Iain McGilchrist’s stress on the importance of poetry, music and presence at a time of the death of someone you love, or indeed of anyone, resonated with me. I am fortunate to know at least two people who really understand this. As many testified at her death, my mother was unique. Had she not existed there would be a Betty-shaped hole in the Universe.

Reference: Schore, A.N. (1994). Affect regulation and the origin of the self: the neurobiology of emotional development. Lawrence Erlbaum, Hillsdale NJ.

12 thoughts on “Death is a friend of life”